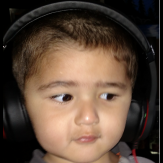 By Saiyajinzoningen,
November 12, 2019 in Suggestions & Feedback