Monkey Fight Club (It's Not a Secret Anymore) 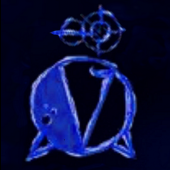 By VileTerror,
February 22, 2020 in Everlasting