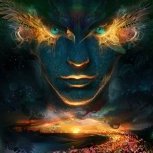 What enemies do you find most difficult/what kills you the most?

By Peacemoon, May 22 in General Discussion