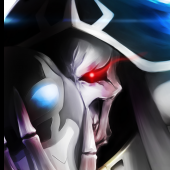 Tell us your costume creation tips!

By DarkWing, June 7 in Art & Multimedia