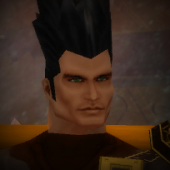 Greetings everyone,   My Menders and I are preparing for today's Time Anomalies; I hope you will join us in fighting off these waves of enemies breaking through the timeline.   Here are some details you'll need to know for today's event.   Time: Friday, July 10th 6PM EST (10PM UTC)   Location: Kallisti Wharf on Excelsior (Check above for dates/times of other shards) - *To get there, you can take the monorail from most zones in Paragon City o
Recommended by GM Miss