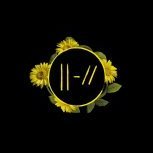 By GM Smol, September 4 in The Arena (PvP)