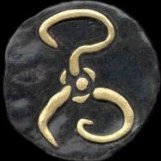 If you missed the performance yesterday in Atlas, your life is worthless aka How The Prestidigitator won the internet

By Ejlertson, Saturday at 08:40 PM in General Discussion