The Vanguard Security Officer gets no respect. 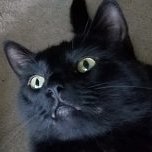 By Jeneki,
March 16 in General Discussion