Titles available at the Trainer 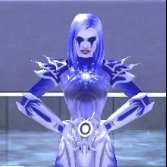 By Icecomet,
March 19 in Suggestions & Feedback