Are melee focused blasters facing an identity crisis, or is that just how you should play? 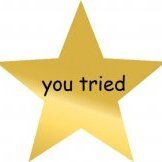 By TurboRaptor,
March 26 in Blaster