Theme Music – Every Good Hero Should Have Some 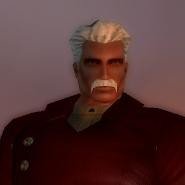