Been gone for a long time. - Ranged pets stay at range now? 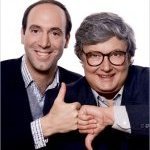 By SmalltalkJava,
May 17 in Mastermind