MM idea for dual use on Enhanced pet buff. 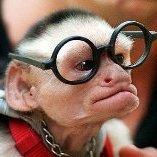 By Dahkness,
Thursday at 02:04 AM in Suggestions & Feedback