Devs are there any plans to improve league management? 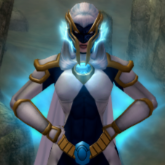 By Dazl,
October 13 in Suggestions & Feedback