Can we PLEASE get a no tolerance policy against unsolicited sexual comments in tells? 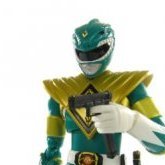 By johua,
November 20 in Suggestions & Feedback