One of those concepts that just land on your lap 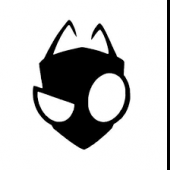 By Six-Six,
August 17 in Roleplaying