My attempt at the Paragon Times. 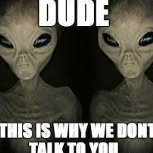 By LegionAlpha,
Thursday at 07:28 AM in Roleplaying