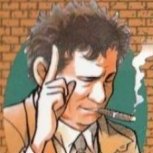 It does not show in Finder because it is a hidden directory.   Open up Terminal and type this command: ls -a   You should see it in the list.  If you do, then type this command to remove it.  BE VERY CAREFUL TO TYPE IT IN RIGHT OR YOU COULD DELETE ALL YOUR FILES IN YOUR HOME DIRECTORY!   rm -fr .wine   Then if you use "ls -a" again it should be gone from the list.
Recommended by GM Capocollo

Removing the .wine directory worked for me too.    Go to the Finder, and open a window. Select your home directory, as you have probably done many times before.   Type Shift-Command-. (that's a period), and all hidden files and folders will be shown. One of them should be a folder called .wine   Select that and delete it as usual.   Type Shift-Command-. again to re-hide the usually hidden stuff.   After that, I re-launched Island Rum, selected Ho
Recommended by GM Capocollo