A short story with Mender Silos 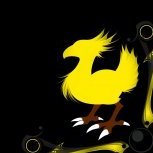 By sailormoonv,
November 18 in Roleplaying