On sharing a home with a superhero 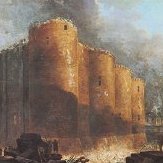