The return of "Ghost in the Machine" 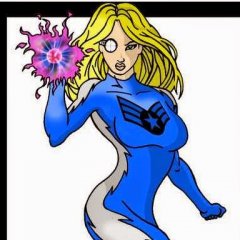 By Thyristor,
September 5 in Mission Architect