Are there any badges that can be had through autocomplete? 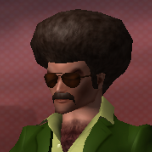 By Zhym,
May 6 in Badges