The Trilogy of Moderate Evil 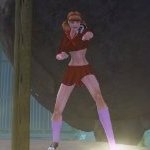 By Kyksie,
Wednesday at 09:17 PM in Mission Architect