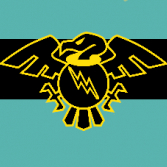 How did they make the moon map?

By Shofar, May 6 in Mission Architect