Having difficulty constructing a mission... 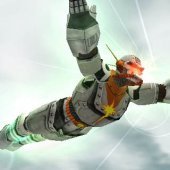 By Ultimo,
November 7 in Mission Architect