How to import old data? 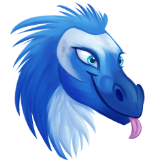 By kwsapphire,
October 24 in Help & Support