Some problems with Storm Summoning 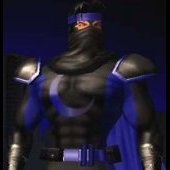 By RogueWolf,
April 8 in Suggestions & Feedback