Curious question for ya'll on Torchbearer. 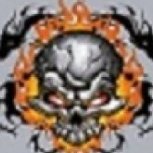