What is the RP hub these days? 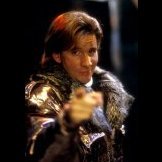 By Blackshear,
May 16 in Roleplaying