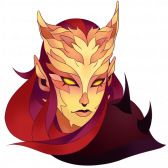 By Oubliette_Red,
November 9 in Video Games