How and where do you post about your characters, supergroups, and seeking-connetions. And why? 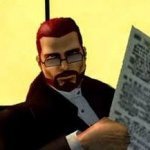 By chase,
September 14 in Roleplaying