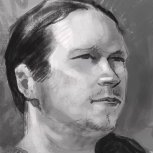 Armour Set T9s. A Discussion Of Their Design

By Nanolathe, May 20 in Suggestions & Feedback