A note on streaming 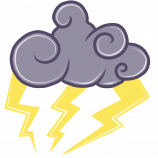 The most current info is here. Our current policy is that users refrain from streaming all video content of Homecoming game play.  Videos released before March are grandfathered, but no more new ones are to be published, past replays or otherwise. I'm going to lock this topic, as the policy has been superseded by more recent announcements.
Recommended by GM Tahquitz