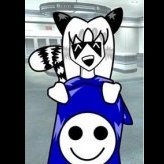 Where on the Intelligence Spectrum do you like to play?

By LeapingLemur, August 27, 2019 in Everlasting