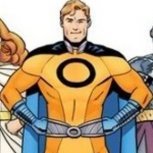 By Optimum_Man,
October 30 in Off-Topic