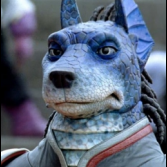 I love DP but can't choose a secondary!

By Dzuh, January 12 in Blaster