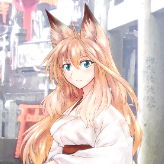 By Akisan,
November 8 in Suggestions & Feedback