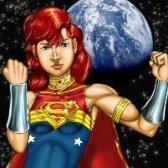 By arthurh35353,
November 19 in General Discussion