How old are we, as a playerbase? 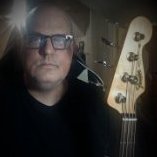