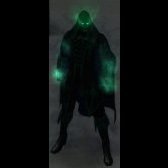 By Soulstinger,
June 20, 2019 in Base Construction